Theresa May, Apologise to the Palestinian People: 100 Years of Balfour

Home
Palestine resources
Theresa May, Apologise to the Palestinian People: 100 Years of Balfour 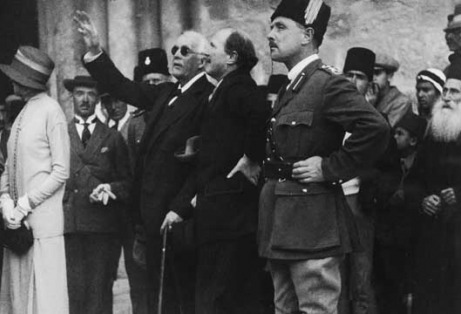 HE Madam Theresa May

Prime Minister of the United Kingdom

Apologise to the Palestinian People

We the undersigned organisations and individuals appeal to the British Government to review the gross injustice done, which is still continuing, to the Palestinians as a consequence of its issue of the Balfour Declaration.

November 2 this year marks the hundredth anniversary of this infamous Declaration which led to the creation of the Zionist settler-colonialist state of Israel on the territory of historic Palestine, and the ethnic cleansing of the indigenous Palestinian population.

By this Declaration, the British government committed themselves to facilitate the establishment in Palestine of ‘a national home for the Jewish people’ but ‘nothing shall be done which may prejudice the civil and religious rights of existing non-Jewish communities in Palestine’.

The declaration was meant to lead to the creation of a Jewish state in Palestine which at that time had a Palestinian population of over ninety per cent. It was wilfully expressed in ambiguous language to pacify some cabinet ministers opposed to a Jewish state and to deceive the Arab leaders who had been promised independence for the Ottoman Arab territories as reward for supporting Britain in World War 1. Zionist leader Weizmann admitted that both Balfour and his Prime Minister David Lloyd George had told him that in using the phrase ‘national home’ they meant a Jewish state.

Palestine was placed under British mandate in 1922 by the League of Nations and the Balfour Declaration was incorporated into it. The object of the mandate was to create institutions in Palestine that would lead to its independence in the near future. Contrary to this, Britain turned it into a colonial project for colonisation of Palestine by European Jews.

A Zionist British minister Herbert Samuel was appointed the first High Commissioner of Palestine who laid the foundations for the emergence of Apartheid Israel. British policy blatantly discriminated against the Palestinians.

Samuel promulgated laws to facilitate Jewish migration and acquisition of Palestinian lands. He established separate Jewish institutions in banking, public works, education and power generation. Zionists were allowed to establish the Zionist Commission which, in the words of an honest British official, became an ‘Administration within an Administration’ rendering ‘good government impossible’. A separate Jewish armed forces (Haganah) was established which, together with other terrorist armed groups, eventually carried out ethnic cleansing of Palestinians to make way for the Jewish state of Israel.

While the Palestinians were not allowed any representative institutions, the Jewish minority had been permitted to hold elections for a Jewish Assembly to deal with matters affecting their community. The reason for the discrimination, in Samuel’s words,: ‘there is a possibility that the Moslem and Christian communities might wish to establish assemblies of their own…(whose) activities might conflict with the policy in relation to Palestine adopted by His Majesty’s Government’. That is, the policy for establishing a Jewish state in Palestine.

Tens of thousands of Jews were allowed to migrate to Palestine and by mid-thirties the Jewish population had jumped from 8 to 30 percent. Absent landowners, living in Syria and Lebanon, were obstructed from coming to Palestine and, therefore, had to sell their large tracts of land to the Jewish Agency. The land was parcelled out to Jewish settlers and the former Arab tenants evicted.

The surge in Jewish migration and the displacement of Palestinian tenant farmers ignited the Palestinian Arab Revolt (1936-1939) which was put down using barbaric methods. The RAF bombed Palestinian villages indiscriminately. British forces attacked villages, destroyed their supplies and held the men in cages for two days without food or water. Collective punishment was applied widely. Leaders were imprisoned or deported. Armed Jewish forces assisted the British army to suppress the Palestinian uprising.

By 1939, the Palestinian society was dismembered, defenseless and leaderless. Less than ten years later, the Palestinian Nakba took place. Zionist forces, trained and armed by Britain and other Western states, committed atrocities against the Palestinians and forced over 700, 000 women, children and men to flee from their homes and become refugees. The British troops stood by and watched the ethnic cleansing of Palestinians.

Commenting on Britain’s treachery to the Palestinians, the former British Minister Anthony Nutting wrote: “…the Government of the day stand condemned out of their own mouths and writings of conniving at and furthering every Zionist design from the issue of the Balfour Declaration onwards.

Worse than this, the Government deliberately set out to deceive the Arab majority in Palestine as to their real intentions with promises and guarantees that they had ‘nothing to be frightened about’ and that Britain would ‘never consent’ to a Jewish Government being set up to rule their land.”

It has been reported that you will be celebrating the hundredth anniversary of the Declaration with the Israeli Prime Minister Benjamin Netanyahu. In April, the British Foreign Office said: “We are proud of our role in creating the State of Israel.” Proud of creating Apartheid Israel!

The report on Israel, commissioned by the United Nations Economic and Social Commission for West Asia (ESCWA), establishes, on the basis of scholarly inquiry and overwhelming evidence, that Israel is guilty of the crime of apartheid. It is a duty under international law on the part of your government to take action to end the Apartheid and not to celebrate its founding Declaration.

Madam Prime Minister, we urge you to search your conscience and take the following action to make amends for the grave injustice done to the Palestinians:

1. The British Government to apologise to the Palestinian people for their century-long suffering and humiliation, which is still continuing, as a result of the issuing of the Balfour Declaration and consequent actions.

2. Pay full compensation for the direct and consequential loses to the Palestinian people.

3. Cancel the joint British-Israeli dinner marking the 100th anniversary of the Balfour Declaration

4. Implement the recommendations of the ESCWA report to end the Apartheid regime in Israel.