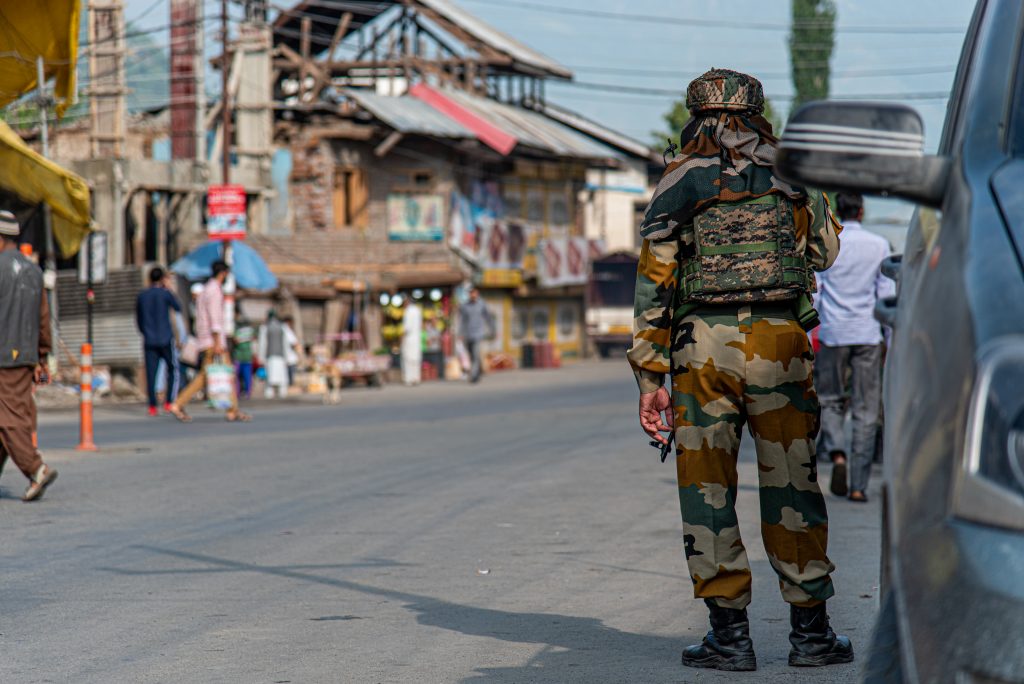 MAPIM is an umbrella organization of 200 Islamic NGOs, which focuses on humanitarian relief, education, socio-economic upliftment , da’wah and human rights advocacy. The GMD is an annual event organized by MAPIM to raise public awareness especially amongst the youth.
This year, the objective was to highlight the incessant plight, denial of right to life, genocide and ethnic cleansing of Kashmiri Muslims at the hands of Indian occupying forces.

The High Commissioner of Pakistan, Mohammad Nafees Zakaria, was invited as guest speaker .

The High Commissioner appreciated the organizers MAPIM‘s constant support and solidarity with Kashmiri Muslims in IOK and their concern over the grave human rights situation there while referring to the event organized by MAPIM on Kashmir and their strong condemnation last month on Pulwama killings and choosing Kashmir as the theme for the ‘Genocide Memorial Day’.

He said that the choice of theme reflected the deep concern and understanding among the Brethren in Malaysia over challenges confronted by Muslim Ummah, particularly the Kashmiri brothers and sisters in Jammu & Kashmir under Indian Occupation.
The High Commissioner said that the dispute of Jammu & Kashmir is internationally recognized. There are UN Security Council resolutions that call for a UN supervised plebiscite to enable Kashmiris to exercise their right of self-determination. He regretted that the UN Security Council & UNCIP Resolutions on Jammu & Kashmir dispute remain unimplemented for seven decades, which have made Kashmiri Muslims to suffer. He said that the Government of Pakistan extends diplomatic, political and moral support to the Kashmiris and wishes to resolve this longstanding Dispute in accordance with the relevant UN Security Council Resolutions on Jammu& Kashmir, which call for Kashmiri people to exercise their right to self determination under a UN supervised plebiscite.

Highlighting the arbitrary arrests and disappearances, he said that in 2009, a Jammu & Kashmir NGO in IOK, International People’s Tribunal (IPTK), issued on thousands of unnamed and unmarked mass graves, which the Association of Parents of Disappeared Persons (APDP) and IPTK discovered. Referring to the Amnesty International ‘s appalling account entitled: ‘Losing Sight in Kashmir – The Impact of Pellet Firing Shotguns’, the High Commissioner said that since 9 July 2016, Kashmiri youth are being targeted. Hundreds of defenceless students, girls and boys, young men and women, and even children, have been martyred, and over a thousand have been blinded, either fully or partially, by the use of pellet guns. Tens of thousands were injured, some critically while medical facility was denied simultaneously to aggravate their pain.

Each account of Amnesty’s report of pellet victims is a story of pain, expression of helplessness and reflection of life full of darkness, he said.

Mr. Zakaria presented the salient points of the 14 June 2018 issued by Office of the High Commissioner for Human Rights (OHCHR) on 14 June 2018, which inter alia called for an independent inquiry commission’s visit to Kashmir. Report has highlighted ‘Lack of access to justice and impunity. The OHCHR Report termed the use of pellet guns as the most dangerous weapon, he underlined.The High Commissioner informed the audience about deep concerns echoed in the House of Commons of the UK, where extensive debates were held in September 2010 after the discovery of unnamed Mass Graves, in September 2014 and January 2017. The Atrocities and human rights violations were also echoed on the platform of  All Parties Parliamentary Group on Kashmir of the House of Commons, of late.

Pakistan has been highlighting the sufferings of the oppressed Kashmiris in IOK to the UN, OIC, human rights and the world community to help end daily killings and call the perpetrators to account for and crimes against humanity committed with impunity, he emphasised. The High Commissioner emphasized that the bloodshed in Indian Occupied Kashmir must stop immediately and unconditionally  and that Kashmir issue must be resolved on priority.
President MAPIM expressed concern over the sufferings of Muslims across the globe. He was dismayed over the silence of the international community over the atrocities committed in Kashmir by the Indian occupation forces. He committed to MAPIM’s steadfast support to the Kashmiris in IOK.

Declaration on ‘ Genocide Memorial Day 2019’ was issued at the end of event. The Declaration condemned  genocide of Kashmiri people by the Indian occupying forces.