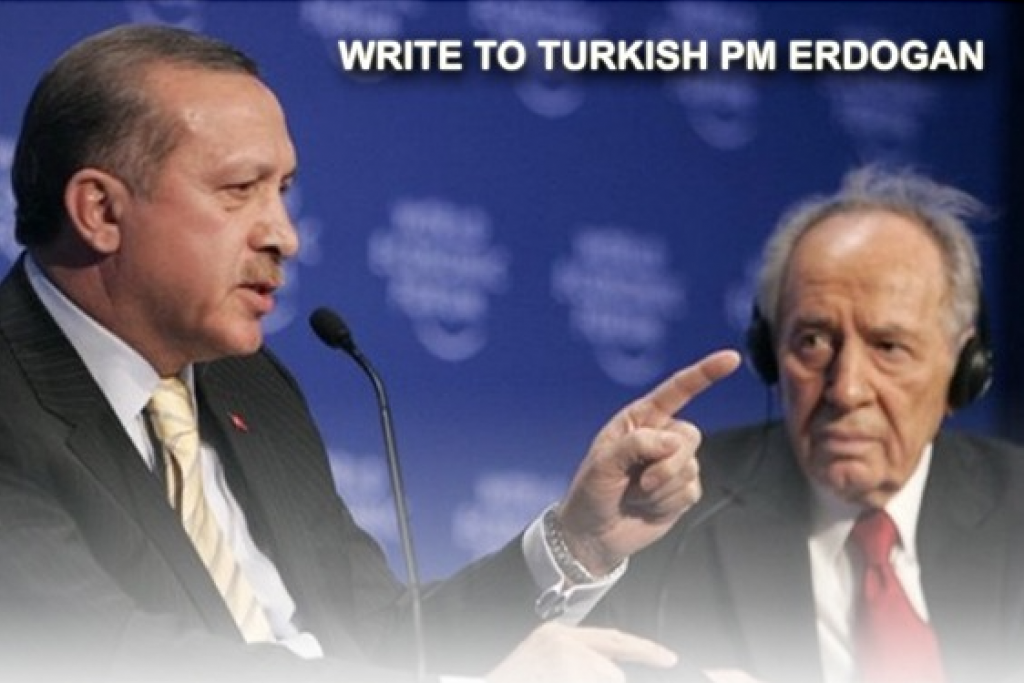 Muslim dignitaries, including representatives of major Muslim and Islamic organisations is set to visit Turkey,  between 9- 15 May 2010, in a bid to urge the Turkish government to veto Israel’s possible accession into the Organisation for Economic Cooperation and Development (OECD).

The delegation will be meeting with the Turkish President Abdullah Gul and expecting to meet Prime Minister Recep Tayyib Erdogan, as well as senior government representatives to make their case.

The visit forms part of an on-going campaign initiated by the Islamic Human Rights Commission (IHRC)[1] requesting the Turkish government to oppose the Israeli application and prevent its accession.  So far, thousands of letters and emails from citizens around the world have been sent to the Turkish Prime Minister.  The campaign materials have been widely disseminated through different groups including the Universal Justice Network (UJN) and have been translated into various languages including Turkish and Malay and Arabic.

“Campaigners world-wide recognise that Israel’s accession will give it a legitimacy it does not deserve and confer economic favours that will contribute to and accelerate the dispossession of the Palestinian people.”

“Acceptance of Israel into the OECD would be equivalent to a reward for its serial breach of international law and resolutions upheld by the UN Security Council, the Human Rights Council and the International Court of Justice. Israel’s discriminatory policies, its political repression, its stockpiling of nuclear weapons and its wars of aggression must, altogether, disqualify it from membership.”

The push for Turkey to take action, takes place in the context of various national campaigns in OECD member states.

IHRC Chair Massoud Shadjareh, who will also take part in the visit said:

“The impetus for this campaign comes from a global network of campaigners who aver to Turkey’s ethical responsibilities as a Muslim nation.  At a time when it appears that states only pay lip service to the idea of human rights, Turkey can show that a Muslim perspective means right over might every time.”

The OECD Secretary General Angel Gurrira has indicated that Israel’s accession could become a reality in May 2010.  This is despite Israel’s egregious human rights records as well internal concerns within the OECD, disclosed in a leaked report, that the economic statistics submitted by Israel include Israeli settlers in the Occupied Palestinian Territories (OPT) but not Palestinians. [2]

The delegation will also discuss the situation of Muslims in Europe.

For pre-event press comment and information on the delegation, including updated names, please contact the IHRC Press Office on (+44) 20 8904 4222, email: info@ihrc.org .

[1] The campaign alert ‘URGENT ALERT: Palestine– Write to the Turkish PM Erdogan to veto Israel’s accession to the OECD ‘ can be found here.

[2] A copy of the report “Ascension of Israel to the Organization: Draft Formal Opinions of the Committee on Statistics” can be found at the Electronic Intifada site here.